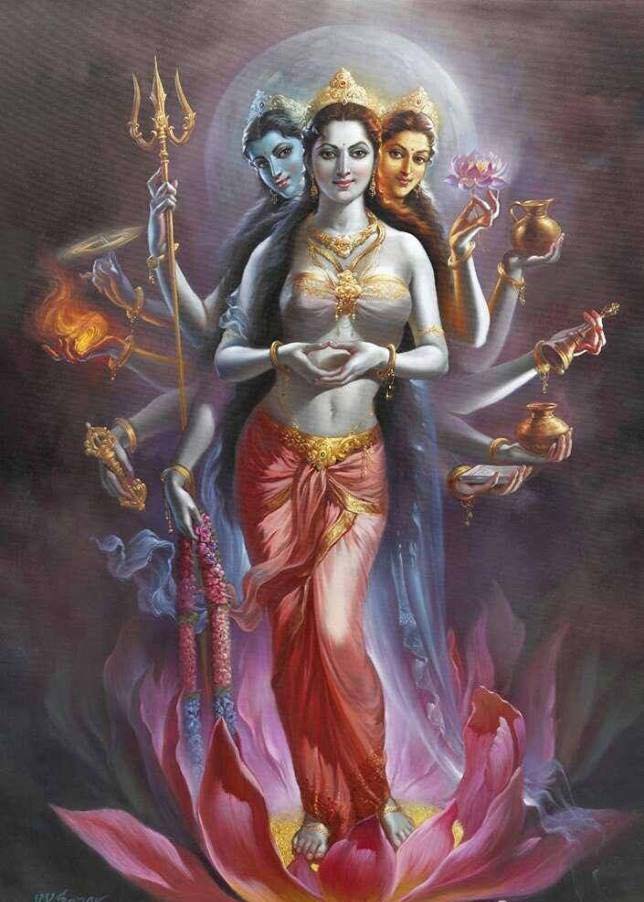 We have been covering the sapta mAtRukAs in the last two issues. We have so far covered brAhmi, mAhEshvari, kaumAri, and vaiShNavi so far. The legends of sapta mAtRu are anAdi and can be seen thoughout the South Asian and East Asian countries. They are included in various purANAs and are very common iconographies in the South Indian temples.

They are very prominent in the dEvimahAtmyam (mArkaNDEya purANA) and their appearence, valour, and stutI are detailed between the 8th and 11th chapters. They also appear as AvaraNa dEvatAs for many shrI vidyA pradhAna dEvatAs. They appear in the first AvaraNA of the lalitA navAvaraNa. In the shrividhyA kramAs, they are considered as ashTa mAtRus and are linked with aShTa bhairavAs.

In this issue, we will be covering the next two mAtRukAs – vArAhi and mAhEndri. The mantra japa krama, AvaraNa pUjA kramA, and the aShTOttara shata nAmAvalI for vArAhi and mAhEndri are included in this issue. We have also included the aShtOttara shata nAmAvali for vaiShNavi mAtru in this issue (we missed including this in the last issue). We have received several requests from readers about having a combined index of topics across all the 50 issues. We have included a combined index of all issues at the end of this issue for easier reference.