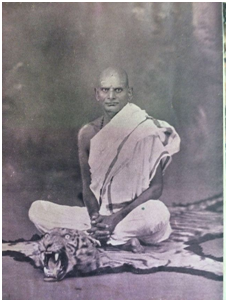 The origin of this monthly magazine can be traced back to the founder of Guhanandamandali – Shri ChidanandanAthA (Shri Nediminti Subramanya Iyer). He had a desire to propagate the teachings of ShrividyA and the related philosophies to the upAsaka community. Even though he was conducting regular upanyAsams, he wanted to publish a magazine that would bring out the hidden jewels of ShrividyA along with explanations to help the complex philosophies reach a lay person too.

He started a quarterly magazine called “ShrividyA” and published it for a year and a half. By then LalitAmbA had different plans and took Her favorite child to Her abode. 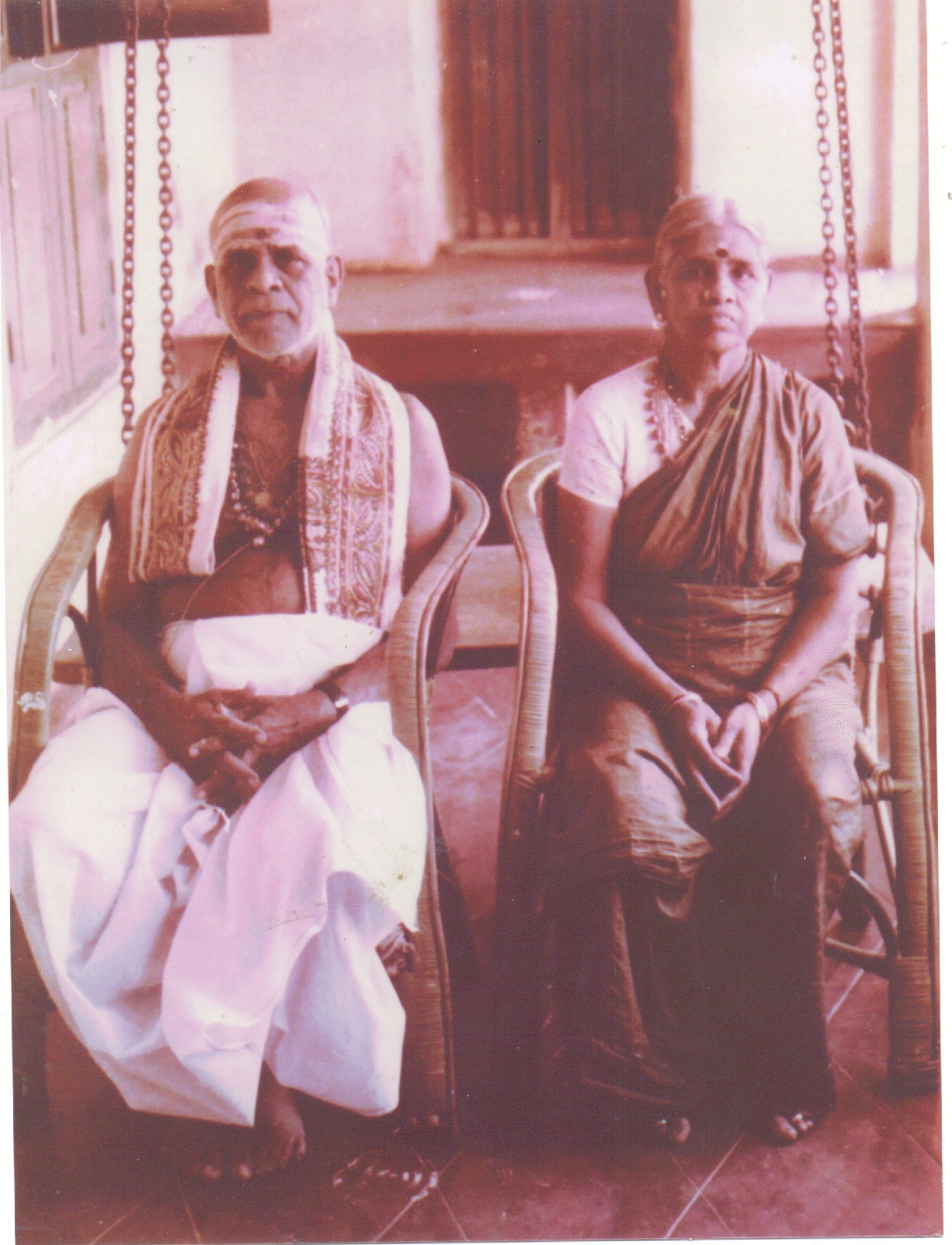 ShrI pUrNAnandanAthA (Shri. Venkata Narasayya), the son-in-law and one of the prathamashishyAs of ShrI ChidAnandanAthA carried the mantle forward. He took charge of Guhanandamandali and along with that came the responsibility of the ShrividyA magazine. Being a great advaitic scholar himself, he had little difficulty in creating the content for the magazine. However, due to financial and logistical difficulties in publishing printed materials in those days resulted in the discontinuation of the magazine within a few months. Had there been technical advancements like today then, we would have seen a lot more communiques from those great masters. 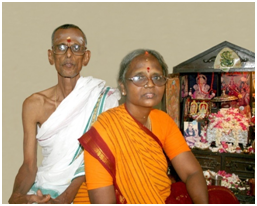 Shri AnandanandanAthA and AnandAmbA (ShrI Shivakumar and Geetha) , one of the prathamashishyAs of ShrI pURNAnandanAthA had collected and documented several of the upanyAsams of ShrI pUrNAnandanAthA and they had expanded their own philosophical explanations. Most of their writings were in Tamil and were all in handwritten notebooks. These manuscripts were preserved for several decades and handed over to their Prathama shishyA Shri PrakAshAnandanAthA. 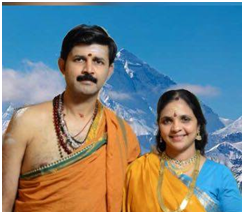 Shri PrakAshAnandanAthA and prakAshAmbA (Shri Raghavan and Gayathri), the prathamashishyA of shrI AnandAnandanAthA during his sAdhanA at Kashi got a divine message to continue the magazine that was once published by the Gurus. After discussing with his Guru and securing the blessings, he started the monthly magazine on the vasanthanavarAtri day of Vijaya samvatsaram (April 11, 2013). The magazine was aptly named puRNa Ananda lahari to represent the continuation of the magazine last managed by Shri pURNAnandanAthA and through the Grace of Shri AnandAnandanAthA.
Let the Grace of the Guru’s bestow the flow (lahari) of infinite (pURNa) bliss (Ananda).