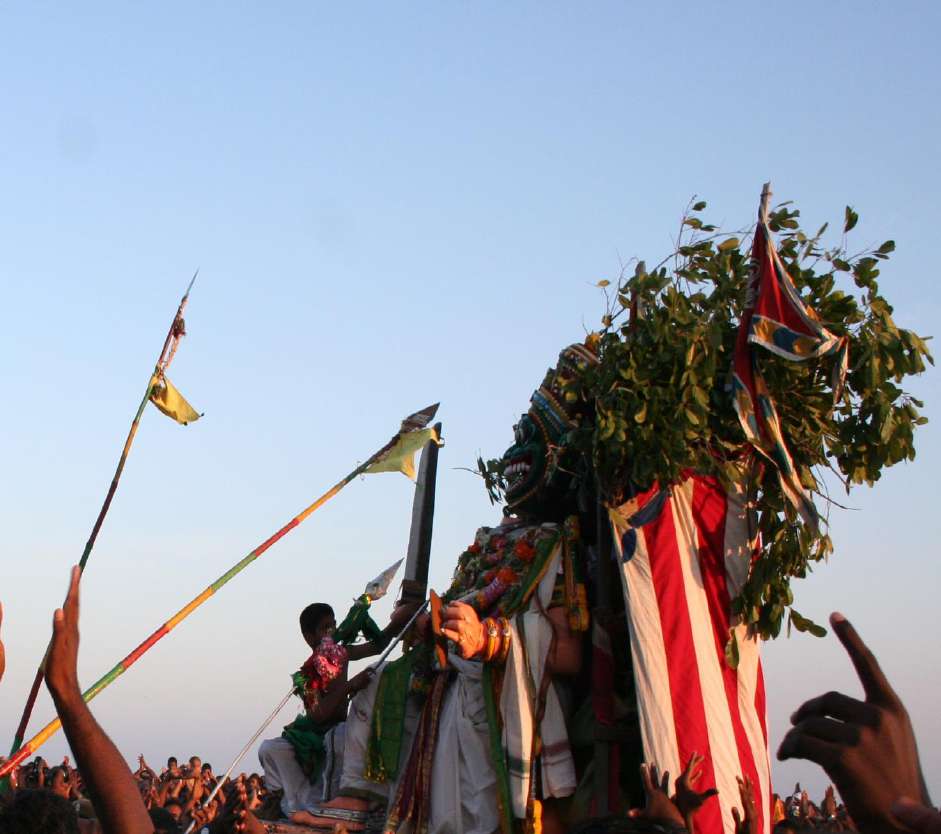 Deepavali is celebrated all across India primarily as a victory of good over evil (be it Rama’s victory over Ravana and return to Ayodhya or Krishna’s victory overNarakAsurA). While the South celebrates as a NarakAsura vadA, the North celebrates as RamalilA. In the south, kubera lakshmI pUjA is performed on the caturdashI day while the north celebrates dantEras (lakshmI pUjA) on the trayOdashI day and on the day of deepAvali, ganEsha lakShMI pUjA is also performed. It is common for the people in south to take pilgrimage during deepavali, to kAshI (varanAsi) to have a gangA snAn (at the uttaravAhinI sthAnA at kAshi) and perform abhishEk to Lord vishvanAthA using the water from gangA. Hence, this issue comes with a tantric japa and AvaraNa details of GangA, kubErA, and mahAlakShmI. GangA mahimA and sahasranAma is elaborated in skanda purANA in kAshI khAnda. This portion is given as is from skanda purAnA for upAsakA’s delight. LalitA sahasranAma talks about 10 dEvI sahasranAmAs to be recited by upAsakAs and gangA sahasranAma is one of them. A tatvAtmic meaning behind the purAnic story of narakAsura vadhA that results in dIpAvalI was beautifully penned by shrI cidAnandanAthA in 1915. This article has been included as is.

I am delighted to mention that we have been fortunate to receive an article written by Shri. G. Subramaniam (vRishabhAnandanAthA) (grandson of ShrIChidAnandanAthA, son of Shri pUrNAnandanAthA, and disciple of ShriyOgAnandanAtha [Injikollai KunjithapAdam iyer]). He is a great upAsakA of shrI chinnamastA and one of the purAnAs claims that shrI chinnamastAmbA manifested Herself on the night of deepavali. He has written a wonderful article bringing out the intrinsic details about this dEvatA and the inner meaning of the upAsanA of Her. He has written it in a very simple language, easy enough for even a beginner to understand and contemplate.

The entire divine effort to get ShivA married to ParvatI was to bring out a child to kill the asurAs (tarakA, simhamukhA, and sUrapadmA). This child of the Adi Dampati, Lord SubrahmaNyA, successfully completes this mission on the 6th day after Deepavali. This is celebrated in the South as “Skanda ShasTi”. The place where this battle took place is TiruchenduR (thiru-senthil-oor) and even today this battle between good and evil is enacted on the sea shore. This issue comes with the Subrahmanya panchadasAkShari mantra japa kramA and also the most potent shatru samhAra trishati. There are a few variations of this trishati in practice. This issue comes with the one that is practiced within the GuhAnanda maNdali. As with any mantra practice, please check with your Guru prior to practicing any of the mantras or procedures provided in this magazine.

ShrI AtmAnandanAtha has kindly provided two articles for this issue – dvAdasaupAsakAs and the meditation on shanmukhA. dvAdashA upAsaka is an excellent research article that analyzes various tantric books and poems in multiple languages and links back to the lists of dvAdashA upAsakAs. The mediation guide on shanmukhA is a deeper contemplation on the meaning of the shadAkSharA and the dhyAnA of Lord ShanmukhA. These have been included for the reader’s enjoyment.

Wishing all the upAsakAs a blissful deepavali.