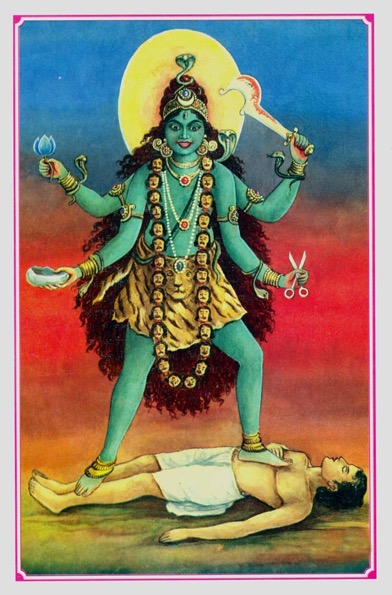 In this issue, we will be focusing on the second dashamahA vidhyA – tArA. Since there are several mantras for tArA and each Gurumandalam follows their own set of mantras, it was decided to stay away from the common tArA mantras and focus on a rare but potent mantra of tArA in the form of vidhyArAjni – Sarasvati. This form is called vidhyArAjni for her capability of granting the jnAnA to her bhaktAs. The avAraNa karma for this form of tArA is very elaborate and the yantra is of 7 layers with bhUmandalA, 64 petalled lotus, 24 petal lotus, 16 petal lotus, 8 petal lotus, shatkOnA, and a trikOnA. The mantra japa kramA of tArAmbA, AvaraNa pUjA kramA, hRudaya, kavacA, stOtra, shatanAma stoTra, and tArOpaniShad are included in this issue. Since tArA is one of the primary dEvatAs in the buddist tantric doctrine, this issue includes the pictures from the buddisst tArA svarUpA. The vidhyArAjni form of tArA is popular in mahAcInA as mahAmayUri vidhyArAjni.

These mantras cannot be taken lightly and readers are strongly adviced to check with their Guru’s prior to start practicing any mantra or procedure as detailed in this issue.
ShrI yOgAmbA samEta AtmAnandanAthA (Shri Ramesh Kutticad) was kind enough to share the tArAmbA mantra vimarshanam, and jyEShta naimittika prakaranam.