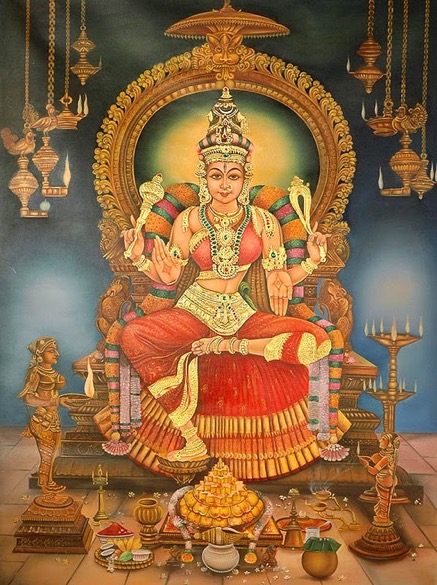 In this issue we bring the mantra japa kramA, AvaraNa pUjA kramA, various nyAsAs of bhuvanEshvarI parA dEvatA. The bhuvanEshvarI ashtOttara shlOkAs as prescribed in rudrayAmalA has been included. The most potent trailOkhyA mangala kavaca that contains the mantrOddhArAs for durgA, bhuvanEshvarI, and tripurA mantrAs have been included for the readers benefit.

These mantras cannot be taken lightly and readers are strongly adviced to check with their Guru’s prior to start practicing any mantra or procedure as detailed in this issue.

The continuation and concluding part of antaryAgA article penned by ShrI yOgAmbA samEta AtmAnandanAthA (Shri Ramesh Kutticad) is included in this issue.