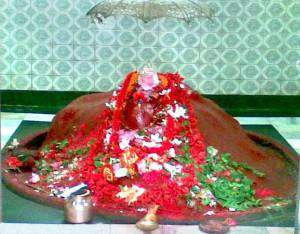 In this issue we bring the prANAyAma vidhinirUpaNam from aShtANgayOga. This chapter in fact deals only with the basic prANAyAmA and stays away from the difficult ones such as bhastrikA, kapAlabhAti and the bhandAs. In fact, the breathing ratios have been relaxed (if the sAdhakAs are unable to handle the holding of the breath). The various benefits of performing prANAyAmAm on a regular basis is clearly provided and the very fact that jnana and mukti as the end goal for this is stated in very clear terms..

We have witnessed the power of Lord VaruNA in the last few weeks and we felt that prayers to VaruNA to not just show His powers but also to curtail his powers are needed sometimes. We have included varuNA mantra japA and AvaraNA in this issue as it first to the current situation on ground in South India.

During the month of KarthikA, very few people know about a gupta navarAtri and that is devoted to vanadurgA. Hence the vanadurgA dhyAna shloka word-by-word meaning is included.